INSPIRE a digital Europe: Thinking out of the box 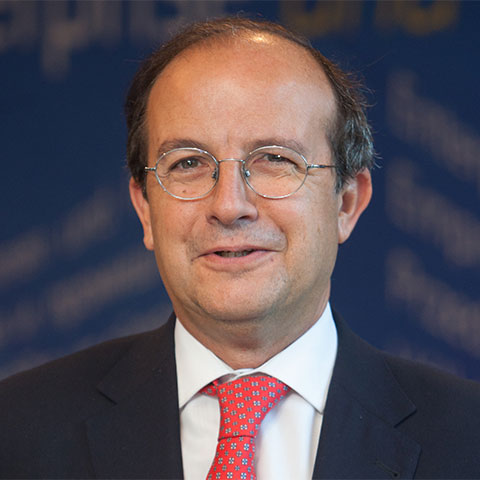 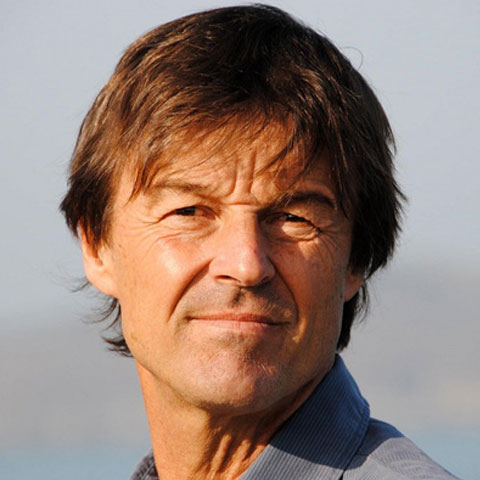 State Minister, Minister of Ecological and Solidarity Transition, France
Nicolas Hulot was born on April 30, 1955 in Lille. He was successively
journalist-reporter, television presenter and producer and writer. In
1990, he created a foundation dedicated to inform the public about
ecologic state of the planet and to convince people of the need to
change their behavior.

In December 2012, as President of his foundation and on a voluntary
basis, he was appointed Special Envoy of the President of the Republic
for the protection of the planet. 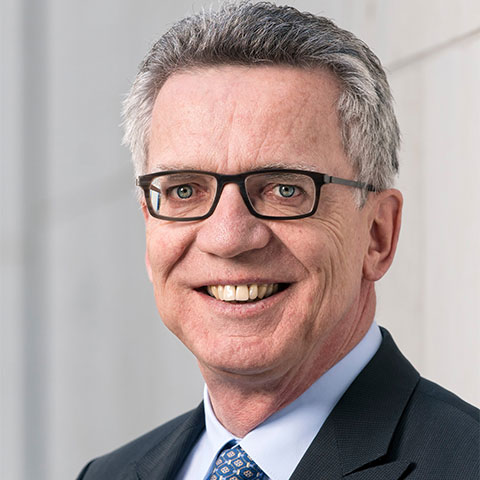 Minister of the Interior of the Federal Republic of Germany 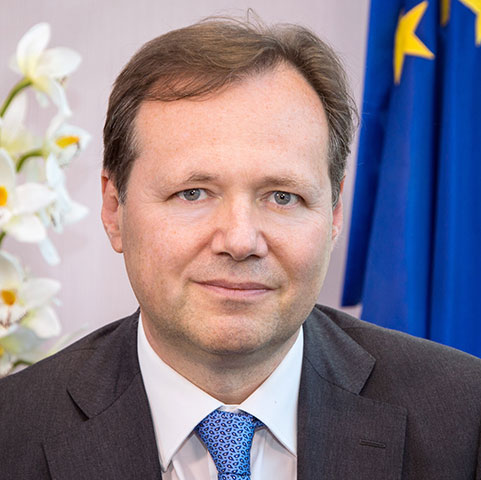 Roberto Viola is Director General of DG CONNECT (Directorate General of Communication, Networks, Content and Technology) at the European Commission.

He was the Deputy Director-General of DG CONNECT, European Commission from 2012 to 2015.

He held the position of Secretary General in charge of managing AGCOM, from 2005 to 2012. Prior to this, he served as Director of Regulation Department and Technical Director in AGCOM from 1999 to 2004.

From 1985-1999 he served in various positions including as Head of Telecommunication and Broadcasting Satellite Services at the European Space Agency (ESA).

Roberto Viola holds a Doctorate in Electronic Engineering and a Masters in Business Administration (MBA).

Thomas de Maizière was born in Bonn on 21 January 1954. He is married and has three children.

After acquiring his higher education entrance qualification (Abitur), he completed his compulsory military service with the 142nd armoured infantry battalion in Koblenz. He is a lieutenant of the reserve.

In 1983 he worked for the governing mayors of Berlin, Richard von Weizsäcker and Eberhard Diepgen. From 1985 to 1989 he headed the policy division at the Berlin Senate Chancellery. He served as press spokesman for the CDU parliamentary group in the Berlin House of Representatives.

In 1990, he helped establish the office of minister president of the last government of the German Democratic Republic and was then a member of the delegation negotiating the Unification Treaty.

On 17 December 2013, he was again appointed Federal Minister of the Interior.

Mr Calleja is Director General of DG Environment from the 1st of September 2015.

Mr Daniel Calleja was Director General of DG Internal Market, Industry, Entrepreneurship and SMEs from the 1st January 2015 until the 31th of August 2015.

Mr Daniel Calleja was Director General of DG Enterprise and Industry, Special Envoy for SMEs from 1st February 2012 to January 2015.

Daniel Calleja was Deputy Director General of DG Enterprise and Industry, from February 2011 to January 2012, in charge of internal markets for goods, competitiveness and innovation, SMEs and entrepreneurship, international negotiations and tourism. He is the Special Envoy for SMEs.

Mr Calleja was Director for Air Transport at the European Commission from November 2004 to February 2011, in charge of the single European aviation market and its external dimension. He has successfully negotiated, on behalf of the E.U., the EU-US Open Skies Agreement. He was the Chairman of the Air Safety and the Single Sky Committees and Chairman of the Board of the SESAR Joint Undertaking.

Between 1999 and 2004, he was Head of Cabinet of the Vice-president of the European Commission, Mrs. Loyola de Palacio, responsible for Transport, Energy and relations with the European Parliament. During this period, he participated actively in the elaboration of the EU transport policy, notably in the launching of the Transport White Book, the Single European Sky, the creation of the European Air Safety Agency (EASA) and the Galileo program.

Between 1995 and 1999, Mr. Calleja was the Head of Cabinet for Commissioner Marcelino Oreja, responsible for institutional affairs, and for the Amsterdam Treaty negotiations. In 1995, he was the legal adviser in the Cabinet of the President of the European Commission, responsible for Transport, Competition, State Aids and the control of the application of Community Law.

Between 1993 and 1994, he advised the Transport Commissioner in the area of liberalisation of air transport, State aid cases concerning the restructuring of airlines, the first directive on groundhandling, the implementation of the third air package and the CRS regulation.

Between 1986 and 1993, he was Member of the Legal Service of the Commission and he represented the institution in numerous cases before the European Court of Justice.

Mr Calleja is the author of several publications. He has lectured in European Law in several universities and institutes of various Member States.

Mr Calleja has a degree in Law and in Business Administration from the University of Comillas, Madrid.