The Programme Committee and Organising Committee are composed of representatives of Geonovum, Informatie Vlaanderen, the Belgian National Geographic Institute, Walloon Region, Spatial Data Policy department of the Dutch Ministry of Interior,  The Dutch Ministry of Economic Affairs and Climate and the European Commission.

The members of the Programme Committee are:

​The members of the Organising Committee are: 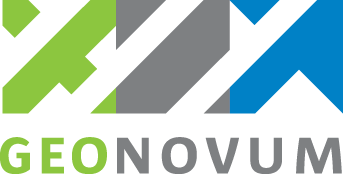 Informatie Vlaanderen is an agency of the Government of Flanders. The mission of the Informatie Vlaanderen is to develop a coherent, government-wide information policy and to support and help realise the transition of the Government of Flanders into an information-driven administration. It identifies government data on citizens, enterprises and organisations in the different agencies on the Federal, regional and local level.

Dependent on the nature of the information it collects these data and exchanges them with the other public services in Flanders and with the cities. For personal data the agency guarantees the data protection and security. It helps realising the Once Only principle to ensure citizens and enterprises don’t have to deliver the same information twice to government agencies.  The agency runs a number of geographical services mapping in detail topography roads, buildings, underground pipelines. It ensures the efficient, effective and cost-sharing use of geographical data via a common infrastructure for geographical information.
The agency also runs the 1700 contact center to assist citizens with their questions about government services through phone, chat or email. Informatie Vlaanderen has been leading a number of European innovative projects like OpenTransportNet and Polivisu

The National Geographic Institute (NGI) is the Belgian public authority in charge of spatial data production, integration and distribution at federal level. For professionals and the general public, it draws and updates a wide range of paper map products and digital spatial data. Besides, the NGI is the national expertise centre for geographic information. It offers a series of free e-services, acts as the geographic reference at national and international level and manages a documentation centre specialized in historical mapping and phototopography.

Meanwhile, the NGI is also a strategic partner of the Ministry of Defence in Belgium and abroad with various specific map products (Low-Air map for aerial navigation, maps for military use at scale 1:50 000, remote sensing, etc.) as well as expertise in geographical matters. Last but not least, the NGI is developing its key role as geobroker. As a broker, the NGI promotes the re-use of location based public information while ensuring that all federal bodies can access to reference data and geographical services for the whole Belgian territory and concerning both its own data and the ones made available by partner authentic sources and the private sector.

The Dutch Ministry of Interior and Kingdom Relations

The Dutch Ministry of Interior and Kingdom Relations covers a broad range of tasks and activities, extending from effective public administration and public authorities to helping people live in affordable, safe, energy-efficient homes in pleasant neighbourhoods. It is also the ministry responsible for open data policy in The Netherlands.

The Spatial Data Policy department of the Ministry is responsible for the development of several Key registers in the Netherlands. These Key registers are the most important building blocks in the Dutch data infrastructure. The department is furthermore involved in the development of the new Environmental Act in which – geo referenced-  plays an important role. Last but not least it is responsible for the implementation of INSPIRE in The Netherlands.

The Dutch Ministry of Economic Affairs and Climate

The Dutch Ministry of Economic Affairs and Climate (EZK) stands for a sustainability and  entrepreneurship. The ministry is committed to an excellent business climate and strong international competitiveness in the Netherlands. By creating the right boundary conditions and giving entrepreneurs the space to renew and grow. By encouraging cooperation between researchers and entrepreneurs. This way, the ministry builds top positions in energy, industry and services and invest in a powerful and sustainable country.

Geomatics Department of the Public Service of Wallonia

The Public Service of Wallonia is the general administrative body of Wallonia. It is in many cases the first point of contact toward the citizens, the businesses and local levels of public authorities.

Within the Public Service of Wallonia, the Department of Geomatics operates a variety of acquisition, production and diffusion of geographic information related to its regional territory. It is specifically in charge of detailed topographic map production, orthophotos, addresses, buildings and altitudinal data. It operates the Geoportal of Wallonia as a single point of access to the whole Region metadata catalogs and maps, promoting simple access, sharing and reuse of the data. The Geoportal contributes to the “Digital Wallonia” plan that defines the regional digital strategy.

The Geomatics Department is the coordinating administration for the implementation of the INSPIRE directive in Wallonia. It operates the regional Spatial Data Infrastructure which includes Metawal, (the Walloon metadata tool), WalOnMap (generic viewer), the geographical web services and the Inspire conformance of regional datasets. The department operates as well the GNSS reference network (Walcors) and propagates standardised methods of topographical surveys (Waltopo).  It coordinates the formulation and execution of the Geomatic Strategic plan adopted by the Government. It also promotes geographical tools and methods in the decision process at private and public level.

DG Environment of the  European Commission is the formal partner to the organising institutions.  The Commission's contribution to the conference is assured through the INSPIRE Coordination Team (CT) which consists of staff of the European Commission from DG Environment, the Joint Research Centre (JRC) and staff of the European Environmental Agency (EEA). Its role is to coordinate the implementation and further evolution of INSPIRE and to coordinate with other EU policies. With respect to the conference, the CT engages with its own and other EC services and EU agencies.  The CT promotes their participation and seeks their support to raise awareness on the conference of other internal and external policy stakeholders with an interest in spatial information and infrastructures. In addition, the INSPIRE CT informs, consults and coordinates contributions from the INSPIRE Maintenance and Implementation Group (MIG), consisting of representatives of the INSPIRE national contact points. The MIG coordinates the joint activities between the European Commission (DG Environment and the JRC), the EEA and the EU Member States to support the maintenance and implementation of the INSPIRE Directive, including the important task of stakeholder consultation and communication through i.a the annual INSPIRE conferences.